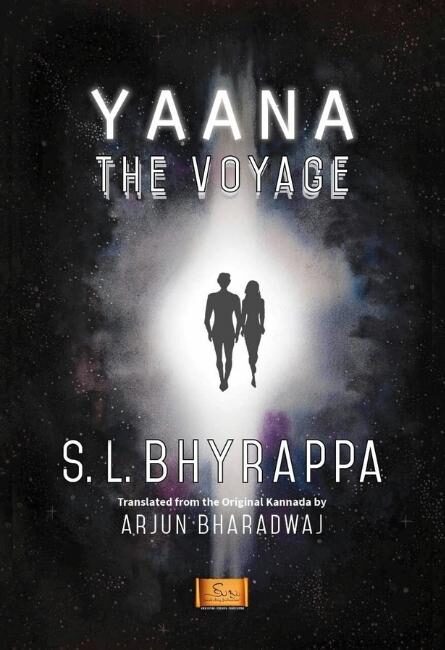 Spaceship, 150 feet wide and 300 feet long, is constructed and sent out to space with a man and woman on it. It is set out to reach Proxima Centauri, a galaxy that lies 4.6 light years away from Earth. Are the vows taken on Earth and the rules that apply to the residence of the planet valid when one goes away from the gravitational field from the Sun? – this is among the many philosophical questions that bother the characters in the novel. In this book, India’s foremost novelist S. L. Bhyappa examines human nature and fundamental values in dimensions hitherto unseen. The characters and situations come alive and leave a deep impact on the minds of the reader, thanks to the creative genius of the author. Yaana: The Voyage is a translation of S. L. Bhyappa’s bestselling Kannada novel and has been rendered into English by Arjun Bharadwaj, a literary aficionado and writer.

Dr S.L. Bhyrappa is a litterateur par excellence. He writes in the south Indian language, Kannada, and has been the bestselling novelist for over 25 years now. His novels are widely translated to pan Indian languages. He is the bestselling novelist in Marathi over the past decade and is among the top-five bestselling authors in Hindi. He is a conscious artist that depicts fundamental human emotions in his novels. In addition to his profound knowledge of Indian philosophical and cultural traditions, Professor Bhyrappa has since his childhood had intense personal experiences in both rural and urban milieu. Consequently, his characters are deeply rooted in Indian soil. Seminars have been and are being held on his novels, and volumes of literary criticism have been published on his works.

His books have found their way to the curriculum of undergraduate and postgraduate degree courses of the universities in the state of Karnataka, and have been the subject of about 20 PhD dissertations. He has penned 24 novels and four volumes of literary criticism and books on aesthetics, social issues and culture. Most of his novels are translated into almost all the Indian languages and six into English. He has served as a Prof. of Philosophy over three decades at NCERT.

Dr Bhyrappa is an avid listener of both Indian and Western classical music and has a keen eye for Art. Travelling has been his paasion since childhood and he has travelled across the globe touching the glaciers of poles, forests of Amazon, deserts of Africa, bustling cities of Europe and the United States. He has trekked in the Alps, the Rockies, Andes and in Fujiama, but the Himalayas remain his greatest passion.