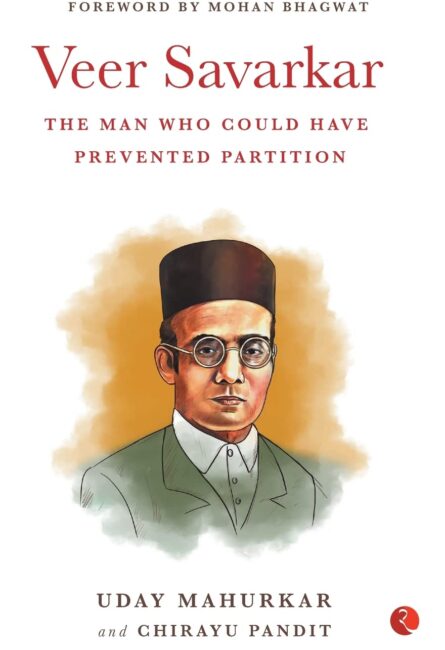 Veer Savarkar: The Man who could have prevented partition

If India looks forward to its 75th year of Independence, it is also looking at 75 years of the country’s partition. Perhaps the biggest human tragedy of the twentieth century, it was marked by unparalleled violence that was suppressed by interested parties for their own political and ideological reasons. In the analysis of the real factors that led to Partition lies the lesson to protect India’s unity and integrity, as exemplified by the relentless but unsuccessful attempt by Veer Savarkar to prevent the birth of Pakistan.

Arguably the greatest symbol of India’s national integration, Savarkar’s warnings on the threats to India’s security have come true in the past seven decades. Veer Savarkar: The Man Who Could Have Prevented Partition uncovers Savarkar, the thinker and the father of India’s national security who has shown the best possible pathway towards one nation that rises above religious, caste and regional feelings. It also proves the falsity of charges levelled against Savarkar from time to time and exposes the motives behind them. It reveals, for the first time, the manner in which the Narendra Modi-led government has implemented Savarkar’s national security and diplomatic vision.

Uday Mahurkar is an author, historian and a former senior deputy editor of India Today magazine who has penned two books on PM Narendra Modi’s governance. His third book, Veer Savarkar: The Man Who Could Have Prevented Partition, with a foreword by RSS Sarsanghchalak, Dr Mohan Bhagwat, was launched recently. He is currently a Central Information Commissioner with the Government of India.

Chirayu Pandit is an author, lecturer, leader, poet and film maker. Co-author of the book Veer Savarkar: The Man Who Could Have Prevented Partition