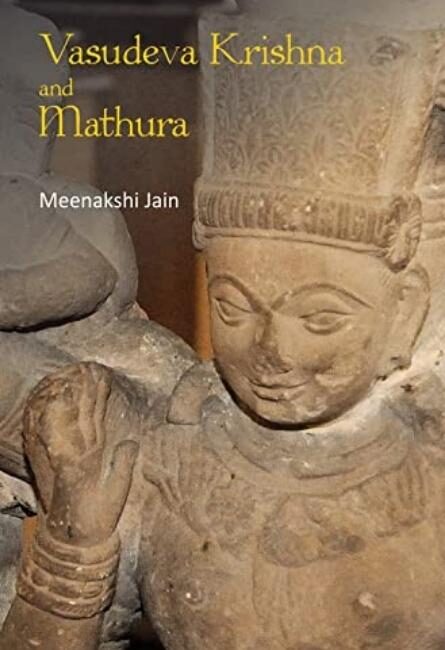 This work examines the antiquity of image worship in India. Its main focus is the Bhagavata religion that evolved around Vasudeva Krishna of the Vrishni clan. At Mathura, several noteworthy archaeological finds dated to the early Common Era were recovered from the site of Katra Keshavadeva.

In the medieval period, Katra Keshavadeva was subjected to repeated devastation, beginning with that by Mahmud Ghaznavi in 1071 CE. However, within a century a temple dedicated to Vishnu was built at Katra Keshavadeva. Thereafter, the story of destruction followed by construction was repeated over and over again.

In the early 17th century, the Keshavadeva temple was rebuilt by Bir Singh Deo Bundela. In 1670, the Mughal emperor, Aurangzeb ordered its destruction. An Idgah was built at the site. Later developments at Katra Keshavadeva were recorded in the judicial records of colonial India. In 1815, Katra Keshavadeva was sold by auction to Raja Patnimal of Banaras.

On 8th February 1944, the heirs of Raja Patnimal sold Katra Keshavadeva to Seth Jugal Kishore Birla, who created a trust for the construction of a temple for Shree Krishna. In a surprising development, on 12th October 1968, approximately two bighas of Katra Keshavadeva were handed over to Trust Masjid Idgah.

Many documents pertaining to events at Katra Keshavadeva after 1815 are perhaps being presented to the general reader for the first time. The documents attest to the dogged Hindu commitment to the site.
Meenakshi Jain is a historian interested in cultural and religious developments in ancient and medieval India. Her recent publications include Flight of Deities and Rebirth of Temples(2019); The Battle for Rama: Case of the Temple at Ayodhya (2017); Sati: Evangelicals, Baptist Missionaries, and the Changing Colonial Discourse (2016); and Rama and Ayodhya (2013).
In 2020, she was awarded the Padma Shri by the Government of India.

Meenakshi Jain is a former Fellow, Nehru Memorial Museum and Library and currently Associate Professor in History at Gargi College, University of Delhi. Her recent publications include Parallel Pathways: Essays on Hindu-Muslim Relations (1707-1857) and India They Saw: Foreign Accounts of India from the 8th to mid-19th Century (3 vols.). She is the co-author of The Rajah-Moonje Pact: Documents on a Forgotten Chapter of Indian History.