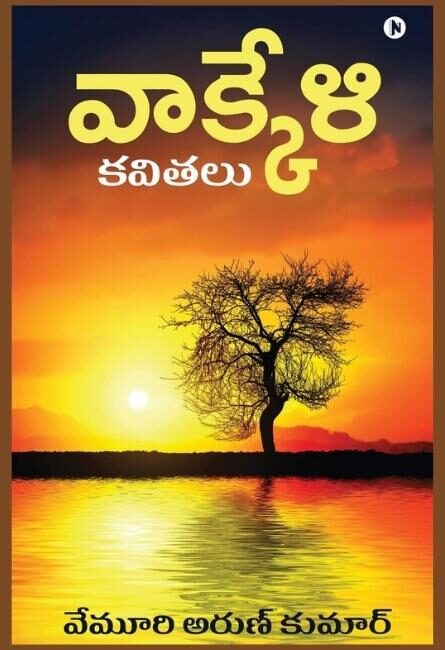 ‘Vakkeli’: A Collection of Telugu Poems

Vakkeli, is a compilation of Arun Vemuri's micropoems (and few long ones) that were written over the last 5 years.These micropoems to present the culture, cuisine, cinema, patriotism, personalities are theme based and are written in a rhythmic, alletorial and rhyming 4 lines. It is Vakkeli's intent and endeavor to contribute his bit to revive poems once again as a meaningful and playful form of expression - drawing inspiration from the immortal lines of the revolutionary poet Sri Sri "Kukkapilla Sabbubilla kaadedii kavita kanarham"; and from the playful pen of the towering lyricist Shri Veturi.

Arun Vemuri aka Vakkeli is a Marketing Communications and Advertising professional with over two decades of experience in India and abroad, with such institutions as Ogilvy&Mather, GroupM, Hero Group etc.

An accomplished writer/poet he penned over 200 scripts for Channel V’s Very V and Late Night V (moonlighting anonymously), ran a blog scatterbrainedscribblings  on Organisational Dynamics, before realising that he had roughed up the English reading audience enough and begun to go after the hapless Telugu folks, since 2014. From then he has penned over 3000 micropoems, wrote lyrics for a Telugu movie, and has been tweeting regularly under the pen-name వాక్కేళి (ivak99@).

Vakkeli, his maiden publication in Telugu, is a compilation that draws from the poems he has written over the past 5 years. It touches upon various themes like Culture, Cinema, Cuisine, slice of life, eminent personalities and events of India and Telugus, and Indian heritage. Written mostly in a four line format, with few exceptions, the poems are a delightful and bite-size reading with alliteration, rhyming and wordplay (incidentally his pen-name Vakkeli means wordplay) galore.

At present he lives in Singapore, playing chess in his spare time, when not raiding restaurants in Little India.