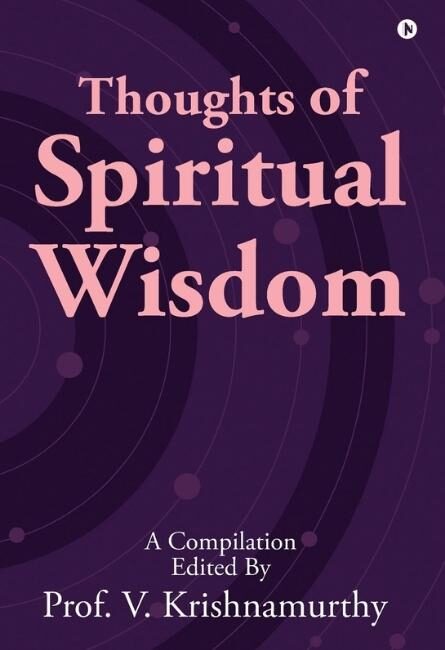 Openany page of this book of 365 Thoughts of Spiritual Wisdom, and you will drift into a cornucopia of various voices from towering scholars of spirituality speaking from personal experience.

V. Krishnamurthy (b.1927) is a former Director of K. K. Birla Academy, New Delhi and a former Dy. Director and Professor of Mathematics at BITS, Pilani for more than two decades. He was trained systematically from boyhood in traditional Hindu fashion by his father, Sri R. Visvanatha Sastrigal, who was a scholarly exponent and a living example of the ideal Hindu way of life.

Prof. Krishnamurthy has given numerous lectures, known for their precision, clarity and an irresistible appeal to the modern mind, on ancient scriptures like the Upanishads, Valmiki Ramayana, Shrimad Bhagavatam and Bhagavad Gita to Indian and American audiences. He has to his credit more than a dozen books, covering subjects like Mathematics at all levels, Hinduism for the general reader and Advaita philosophy for the seriously oriented. A good number of writings of his on religion and philosophy are on the web.

He lives in Bangalore and can be contacted at profvk@yahoo.com.