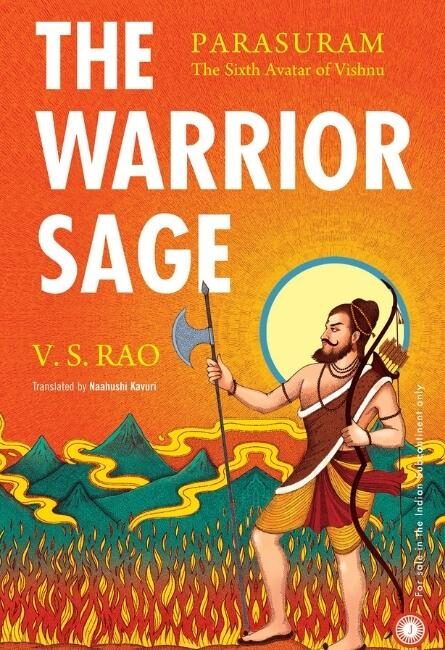 Parasuram the sixth avatar of Vishnu a humble Brahmin boy transforms into a fierce warrior to protect the weak and punish the wicked—parasuram’s life is the ultimate story of a revolutionary. The warrior sage chronicles the legendary journey of parasuram through the various yugas. Believed to be an immortal and one of the greatest warriors in the Hindu mythology, parasuram is present in both the Ramayana and the Mahabharata, thus Marking his presence in the treta as well as in the dwapara yuga. Parasuram is the embodiment of Duty and justice. His actions—going on a khastriya killing spree to avenge his father death; punishing the sea God varuna for encroaching on the holy land gokarna; challenging Lord Ram to a duel for breaking Lord Shiva bow; waging a war with Bhishma for the injustice done to Amba …—all point to his firm belief in truth and righteousness. Parasuram’s story shows you that you don’t have to be stuck in a mould others expect you to be in; you are free to choose your path, your truth. Read on to discover the many heroic feats of parasuram and be inspired to take charge of your life.

V. S. Rao is a celebrated Telugu author, playwright, translator and scriptwriter. He has 90 titles to his credit, including short stories, novels, children’s books and plays. His writing spans a variety of genres, from thrillers, drama, mythology, philosophy to lyrics for devotional albums. He is the recipient of numerous literary honors and awards.