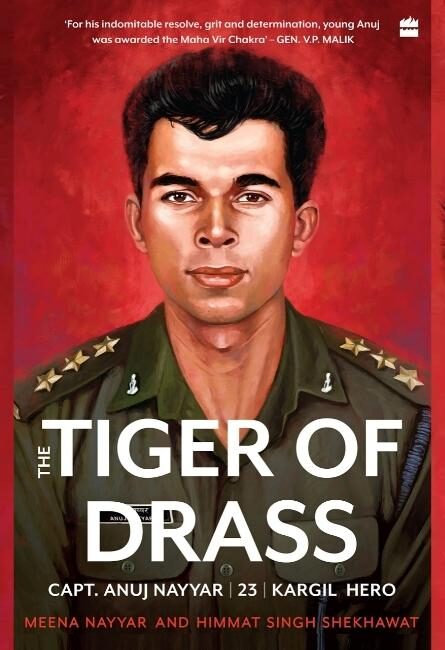 In May 1999, the Kargil insurgency was still being viewed as a routine affair. No one quite understood the magnitude of the situation. However, it soon emerged that infiltrators had captured high-altitude posts vacated by Indian soldiers during the winter months and thus had a tactical upper hand, while the Indian Army struggled with intelligence.For the next month or so, Capt. Anuj Nayyar and the men of 17 Jat went on various reconnaissance missions in the boulder-strewn Drass sector where enemy troops had set up base. They fought relentlessly in a gruesome battle for two nights in July, before securing the peak that was critical to the success of Operation Vijay and India's victory in Kargil. Amid heavy artillery and mortar fire, they destroyed four enemy bunkers and neutralized tens of infiltrators in close combat. During the attack on the fourth bunker, the twenty-three-year-old captain was hit by an enemy rocket-propelled grenade, dying instantly but saving the lives of fifteen men in the process, who eventually finished the mission and hoisted the Indian flag on the peak.For motivating his command by personal example and going beyond the call of duty, Capt. Anuj Nayyar was awarded India's second-highest gallantry award, the Maha Vir Chakra, in 2000. This is his story.

Meena Nayyar is the mother of Capt. Anuj Nayyar, MVC. Tiger of Drass, the biography of her son, who was posthumously awarded the country’s second highest gallantry award, is her first book.

Himmat Singh Shekhawat is a part of the biking group called Rashtriya Riders that pays homage to martyrs and their families. He is the co-author of Tiger of Drass, the biography of Capt. Anuj Nayyar, MVC, who was posthumously awarded the nation’s second highest gallantry award for his contribution in securing India’s victory in Kargil, 1999.