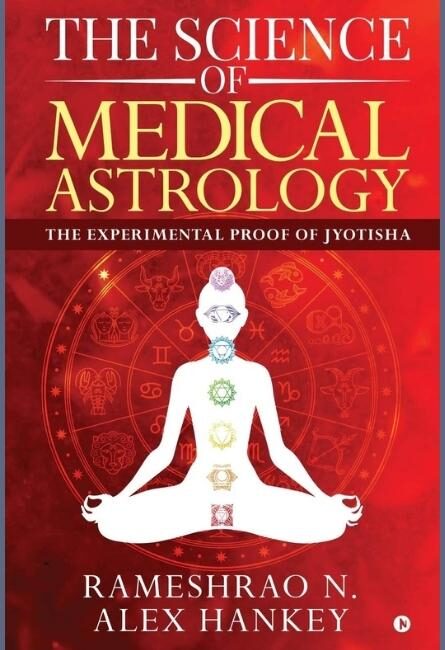 The Science of Medical Astrology

A new book on Jyotisha Astrology: Its experimental proof in cell biology and the science behind it! Unbelievable?

Could you possibly imagine a book that provided a scientific proof of astrology? One that not only tells the story of many scientific experiments testing and verifying astrological predictions, but which also provides a full physical theory of the science behind it? In other words: a book that examines astrology on a full scientific basis? The Science of Medical Astrology: The Experimental Proof of Jyotisha does exactly that. Written by a rare combination of supremely skilled individuals, one a top expert in veterinary science, with a reputation that takes him for private consultations all over India, and the other a scientist with top qualifications from two of the world's best scientific universities, a Master's in Natural Sciences from the UK's University of Cambridge, and a PhD from M.I.T., partly directed by a famous Nobel laureate in physics. Rameshrao Narayan PhD and Alex Hankey PhD are the authors of this extraordinary text.

As a young vet from Bangalore, Rameshrao Narayan refused to accept a Jyotishi's warnings of a nearly fatal accident. Over the next three years, as he lay in bed recovering, he learned India's ancient system of Jyotisha astrology. As luck would have it, Professor Alex Hankey, who directs PhD research at the S-VYASA Yoga University, met Rameshrao and agreed to become his PhD guide on the very day that he joined the university.

The book is an outgrowth of Rameshrao's insights and PhD research combined with Alex's scientific skills...

Dr. Rameshrao, a noted Indian Vet from Bangalore entered the field of astrology in general, and medical astrology in particular literally ‘by accident’. He had earlier paid no heed to a jyotishi’s warnings about a nearly fatal accident. After the accident actually took place, and he was forced into bed for over three years of recovery, Dr. Rameshrao learned about the ancient Indian science of astrology.

Prof. Dr. Alex Hankey, Ph.D. from MIT and Director at S-VYASA Yoga University guided Dr. Rameshrao in his subsequent research in the field of veterinary medical astrology. The book brings out fascinating results of this research. Some of the noteworthy ones being- Jupiter and Moon support life, while Rahu and Solar eclipses oppose it. Dr. Hankey in fact, developed a theory that combines complexity biology and quantum astrophysics.