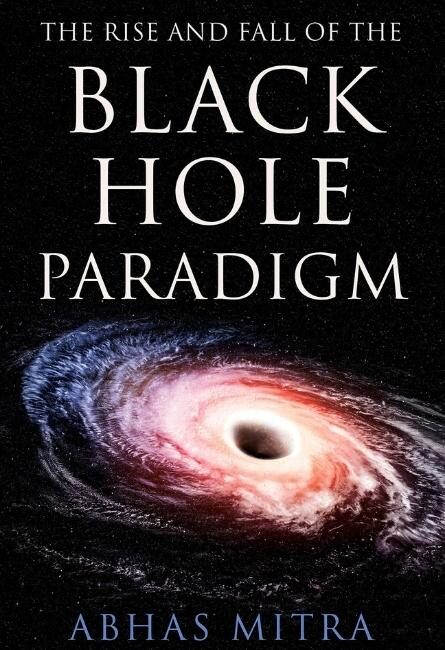 The Rise and Fall of the Black Hole Paradigm

'I concluded – black holes don’t exist' Richard A. Muller, Emeritus Professor of Physics, University of California at Berkeley‘I continue to be impressed by how much [Dr Mitra has] learned and how much work [he has] done. I admire [his] courageous stand in seeking the truth’ Fred Cooperstock, former Professor, University of Victoria‘Dr Mitra has shown with calculations that black holes are not what cosmologists and physicists think them to be’ K.D. Krori, Cosmologist and former Professor, Cotton University‘[This book] is a critical discourse on all aspects of black holes, delivered with the highest standards of scientific critique’ N. D. Haridass, former Professor, Tata Institute of Fundamental Research, Fellow of the National Academy of Sciences‘I hope that this book will provide a good framework to a wider class of readers motivating further studies on the subject’ Daya Shankar Kulashrestha, former Head, Department of Physics and Astrophysics, University of Delhi‘This book is a revolution in itself. The author has fantastically written the "truth" in an articulate manner…The reader just keeps on flipping the pages in an excitement to know more’ Rishabh Naakra, Founder of the astrophysics blog ‘The Secrets of the Universe’Black holes have turned out to be the cornerstone of both physics and popular belief. But what if we were to realize that exact black holes cannot exist, even though their existence is apparently suggested by exact general relativistic solutions, and Roger Penrose won the 2020 Nobel Prize in Physics ‘for the discovery that black hole formation is a robust prediction of the general theory of relativity’? While it might seem far-fetched to claim so, it will be worth remembering that the finest theoretical physicists like Albert Einstein and Paul Dirac did not believe in black holes, and Stephen Hawking finally thought that there are no exact black holes. While the black hole paradigm has become commonplace in popular consciousness, in the last decade, noise has consistently grown about the many physical effects which can inhibit the formation of exact mathematical black holes. In The Rise and Fall of the Black Hole Paradigm, Abhas Mitra shows us how, much before these developments, he had proven why the so-called black holes must only be black hole pretenders. He identified these black hole candidates to be Magnetospheric Eternally Collapsing Objects (MECOs), and along with Darryl J. Leiter and Stanley L. Robertson, generalized them. Recent evidence for the existence of strong magnetic fields around so-called black holes may provide confirmations of his claim.

ABHAS MITRA is a member of the International Astronomical Union, and a former full member of the American Astronomical Society. He headed the Theoretical Astrophysics Section of the Bhabha Atomic Research Centre, Mumbai from 2005 to 2015. In 1989, he won the First Prize at the Young Physicists Colloquium organized by the Indian Physical Society. He has authored, mostly single-handedly, more than 100 research papers and articles on a wide array of topics ranging from High Energy Astrophysics to General Relativity to Cosmology. He has delivered nine TEDx talks and has been invited as chief guest or speaker to many Techno Management festivals of several Indian Institutes of Technology, National Institutes of Technology and Birla Institutes of Technology.

Times of India (Kolkata) described him as one of the ‘Trailblazers’ in its year-end annual survey in 2015 and that same year the lifestyle magazine The Label declared him the sixth among the most-talked-about Indian men.