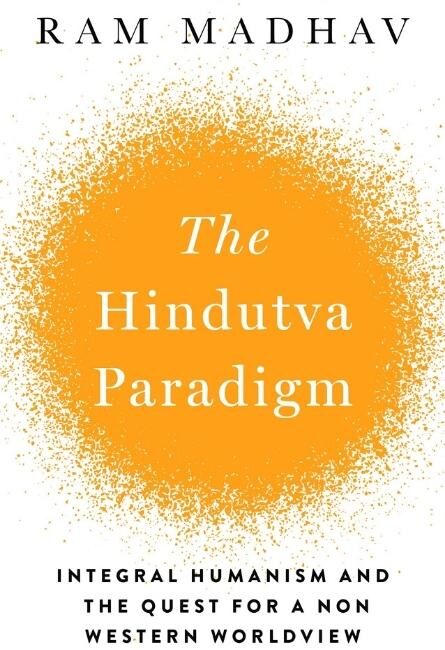 The Hindutva Paradigm: Integral Humanism and Quest for a Non-Western Worldview

Seven decades ago, a new global order emerged. However, as the COVID-19 pandemic rages across the planet, those older ways of being are under unprecedented stress. Already, a new world order is taking shape—one that will put long-standing agenda items like trade, commerce and defence on the backburner. In a post-pandemic world, they will be edged out by issues like climate change, holistic healthcare, education for innovation and creativity, as well as the management of frontier technologies like artificial intelligence, robotics, blockchain and big data. Human dignity and human rights will be critical issues in this modern reality. To represent the changed actuality of the twenty-first century, global governance needs fresh ideas and novel institutions.More than five decades ago, Deen Dayal Upadhyay articulated a coherent economic philosophy, at the core of which was human-centric development.In The Hindutva Paradigm, author and thinker Ram Madhav provides clarifying insights into the reasoning of a philosopher who has remained an enigma through the decades. At the crossroads where we stand, this refreshing and stimulating philosophy could be the answer to managing the new world order.

Ram Madhav is an Indian politician who served as the National General Secretary of the Bharatiya Janata Party (BJP). He is a member of the National Executive of the Rashtriya Swayamsevak Sangh (RSS) and has authored Uneasy Neighbours: India and China after Fifty Years of the War (2014) and Because India Comes First: Reflections on Nationalism, Identity and Culture (2020).