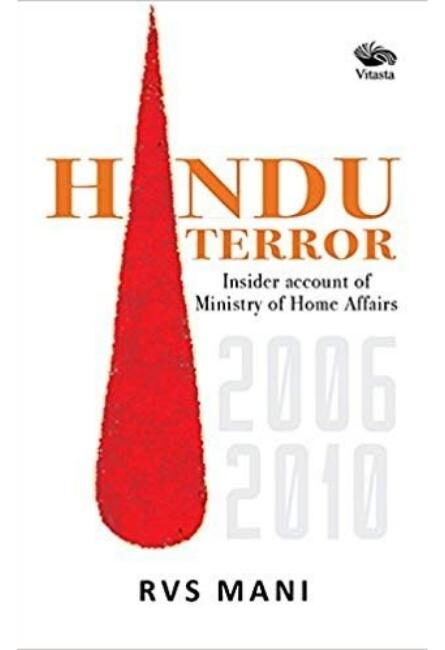 The Hindu Terror: Insider account of Ministry of Home Affairs

The Hindu Terror is the Best book by the RVS Mani. This is true account Book . That explain What role did ministers like Shivraj Patil, P Chidambaram, AR Antulay, Digvijay Singh and officials like Chitkala Zutshi, Dharmendra Sharma, Hemant Karkare, RV Raju play in the Hindu Terror narrative? In this Book Author RVS Mani Former Home Ministry discloses how the country’s internal security establishment functioned in the period of 2004-2014.

RVS Mani shot to prominence on account of the maneuvering of facts in the now infamous Ishrat Jahan case. As an officer of the Home Ministry, Mani had decided to put the facts before the Gujarat High Court. This did not suit the political dispensation in 2009, although the entire Internal Security establishment stood behind him. –This text refers to the paperback edition.