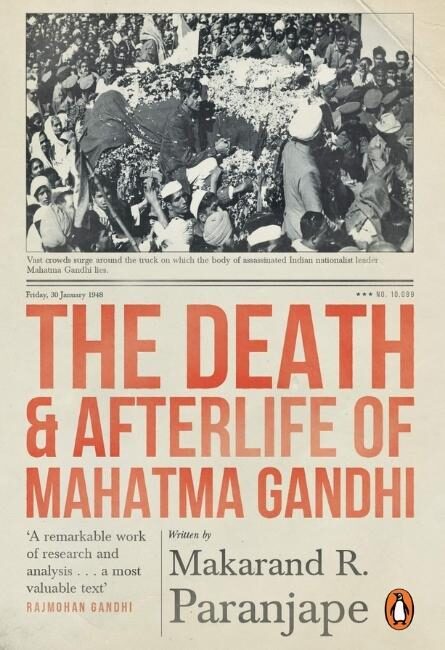 The Death and Afterlife of Mahatma Gandhi

The Death and Afterlife of Mahatma Gandhi is an explosive and original analysis of the assassination of the 'Father of the Nation'. Who is responsible for the Mahatma's death? Just one determined zealot, the larger ideology that supported him, the Congress-led government that failed to protect him or a vast majority of Indians and their descendants who considered Gandhi irrelevant, and endorsed violence instead? Paranjape's meticulous study culminates in his reading of Gandhi's last six months in Delhi where, from the very edge of the grave, he wrought what was perhaps his greatest miracle-the saving of Delhi and thus of India itself from the internecine bloodshed of Partition. Paranjape, taking a cue from the Mahatma himself, also shows us a way to expiate our guilt and heal the wounds of an ancient civilization torn into two. This is a brilliant, farreaching and profound exploration of the meaning of the Mahatma's death.

Makarand R. Paranjape is Professor and Chairperson, Centre for English Studies, Jawaharlal Nehru University, New Delhi. He was educated at St. Stephen’s College, University of Delhi, and at the University of Illinois at Urbana-Champaign, where he earned a Masters and PhD in English. He is the author/editor of over forty books and has published over 150 book chapters, refereed papers, and academic articles. His latest publications include @The Death and Afterlife of Mahatma Gandhi,” “Making India: Colonialism, National Culture, and the Afterlife of Indian English Authority,” and “Body Offering,” a novel. He is currently the inaugural DAAD-Erich Auerbach Visiting Chair in Global Literary Studies at the University of Tubingen, Germany