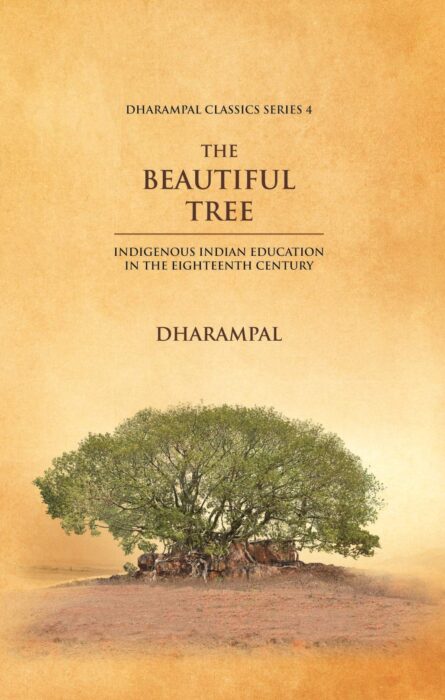 Dharampal (1922–2006) was a great Gandhian thinker, historian and political philosopher from India. Convinced about the urgent need for an objective understanding about India’s past, before the onslaught of colonial rule, he decided to embark on an exploration of British-Indian archival material, based on documents emanating from commissioned surveys of the East India Company, lodged in various depositories spread over the British Isles. His pioneering historical research, conducted intensively over a decade, led to the publication of works that have since become classics in the field of Indian studies. This major work entitled "The Beautiful Tree" provides evidence from extensive early British administrators’ reports of the widespread prevalence of educational institutions in the Bengal and Madras Presidencies as well as in the Punjab, teaching a sophisticated curriculum, with daily school attendance by about 30% of children aged 6–15, where those belonging to communities who were classed as Shudras or even lower constituted a good number of students, and in some areas, for instance in Kerala, where Muslim girls were quite well represented.