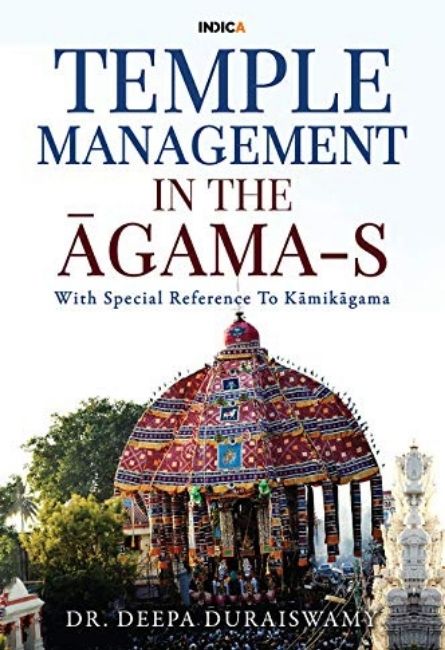 Temple Management in the Agama-S

For at least 1500 years, temple design, construction and worship have followed the canon of the āgama-s. Shouldn’t temple management also follow the āgama-s? Steeped in a history of more than two millennia, the real bequest of India’s ancient temples is that they are still living in sacred spaces. The gods that were invoked in these temples more than a thousand years ago, continue to reside in the sanctums and gaze benevolently upon their devotees.The bells ring for morning service as they did a thousand years ago.The ācārya waves the ārati just as another ācārya did a thousand years ago.No other organization in the world can boast of such amazing continuity. The secret to this longevity lies in the āgama-s.

Āgama-s are the traditional canon believed to be as old as the Vedas, with detailed manuals on temple-building, consecration and ritual worship. While the world outside the temples – a world of kings and kingdoms – has changed, temples continue to follow the āgama-s in letter and spirit in their everyday religious function, notwithstanding the many changes in administrative formats.By studying the activities of the temple, material and manpower required, qualifications and roles prescribed for the temple professionals, this thesis attempts to reconstruct an āgamic temple management framework, using the Kāmikāgama as primary text with other āgama-s, secondary literature and inscriptional evidence as required.

Deepa Duraiswamy holds degrees in engineering and management from the University of Pune and IIM Calcutta. Her desire to understand the āgama-s and make them more accessible for a modern audience led to an interdisciplinary PhD at the Department of Sanskrit, University ofMadras. She hopes to continue exploring this ancient system that seems to be at the core of sanātana dharma in practice.