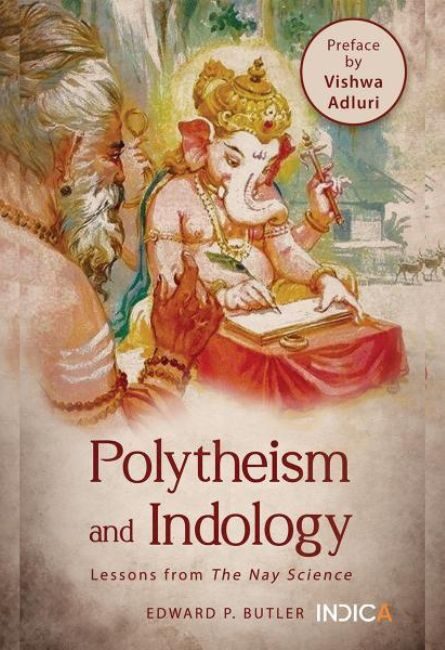 India has been producing knowledge for thousands of years. But entry into the contemporary globalized setting of knowledge has demanded a reckoning with powers that have sought to determine exclusively the terms upon which India might enter. The nineteenth century saw the colonization of India and its reduction to an object of study, rather than a producer of knowledge for itself and the world. This book explains why the arrival of India upon the European intellectual scene provoked a crisis, the response to which was the creation of the discipline of Indology, with the effective mission of taming India’s spiritual traditions by gaining control over the interpretation of their sacred texts. Polytheism and Indology makes the results of Vishwa Adluri and Joydeep Bagchee’s inquiry in The Nay Science: A History of German Indology available in a more concise form, as well as broadening and deepening the scope of their inquiry.

Edward P. Butler received his doctorate in Philosophy from the New School for Social Research in 2004 for his dissertation, “The Metaphysics of Polytheism in Proclus”. Since then, he has published regularly in academic journals and edited volumes, primarily on Platonism, the polytheistic philosophy of religion, and the theologies of several polytheistic traditions. From 2014 to 2019, he was the co-editor of an independent academic journal, Walking the Worlds: A Biannual Journal of Polytheism and Spiritwork, and presently serves on the advisory board of the journal, Oscillations: Non-Standard Experiments in Anthropology, the Social Sciences, and Cosmology. A practicing polytheist, he promotes the preservation, restoration and revival of polytheistic traditions around the globe as the director of the Center for Global Polytheist and Indigenous Traditions at INDICA. More information about his work is available at his site, henadology.wordpress.com.