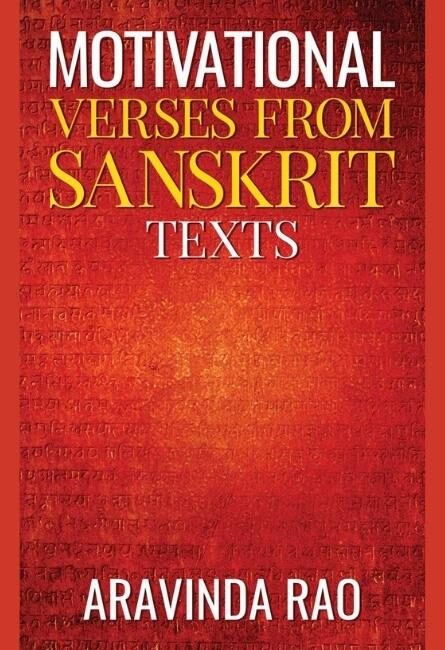 Here we have a collection of a little over hundred verses, most of which were a part of the common man's knowledge not long ago. These are from the Mahabharata, the Pancatantra, the Hitopadesa, the Subhashita-s of Bhartrihari and such other texts. Some verses teach ethical behavior and some others realistically and bluntly tell about human behavior in different situations.

Most of the present day societies are focusing more on imparting job-oriented skills to children, paying little attention to their emotional growth. The governments too are cutting back on the liberal arts which are essential for the emotional intelligence and maturity of our children. Such trends have negative manifestations which are sadly realized at a later stage in life. We realize that progress cannot be at the cost of human values and goals in life.

These verses are like the 'box of truisms' and 'words to live by', in Louis Mac Neice's words. They may not be fully understood by the kids straightaway, but they reveal their full flavor as the kids grow and face the realities and problems of life. They are like the time release capsules which release themselves slowly.

The author, who retired as the Director General of Police, AP, holds a Ph.D., in Sanskrit and he has been teaching the Gita, the Upanishads and the Ramayana through TV channels and through the website www.advaita-academy.org. His focus is to write books useful to the younger generation. The titles include “A Guide to Bhagavad Gita“, “How to Tell Hinduism to Your Child?” among many others. The present book is useful not only to the young but also to people in senior managerial positions.