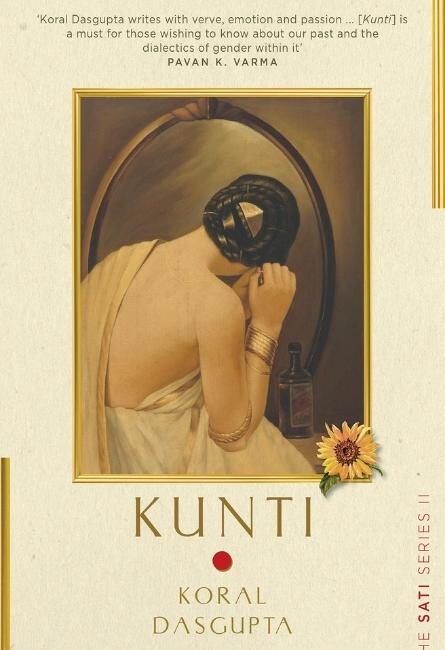 ‘Koral Dasgupta writes with verve, emotion and passion ... [Kunti] is a must for those wishing to know about our past and the dialectics of gender within it’ PAVAN K. VARMAKunti, a rare matriarch in the Mahabharata and one of the revered Pancha Satis, holds an unforgettable position in the Indian literary imagination. Yet, little is known about the fateful events that shaped her early life.Taking on the intricate task, Koral Dasgupta unravels the lesser-known strands of Kunti’s story: through a childhood of scholarly pursuits to unwanted motherhood at adolescence, a detached marriage and her ambitious love for the king of the devas. After the remarkable success of Ahalya, the first book in the Sati series, Kunti presents a brilliant and tender retelling of a story at the heart of our culture and mythology.*In the Sati series, Koral Dasgupta explores the lives of the Pancha Kanyas from Indian mythology and reinvents them in the modern context with a feminist consciousness.*Praise for Ahalya‘Koral Dasgupta gives voice, character and agency to an enigmatic and fascinating female figure from ancient Hindu lore’ PHILIP LUTGENDORF

Koral Dasgupta is an author, painter, entrepreneur and professor. A compulsive storyteller, she has authored six books, including five works of fiction and one non-fiction. The Sati series is based on Panch Kanya from Indian mythology. After Ahalya, Kunti is the second book in the series, which will be followed by Draupadi, Mandodari and Tara. Koral’s fourth book has been optioned for screen adaptation.
She is the founder of Tell Me Your Story, a cross-culture repository on the global perception of ‘India’.
Koral consults with educational and corporate organizations on content and communication projects, and she was included in the Holmes Report’s Innovator 25 Asia-Pacific list, 2019. Her website is http://www.koraldasgupta.com and she is on Twitter as @koraldasgupta.