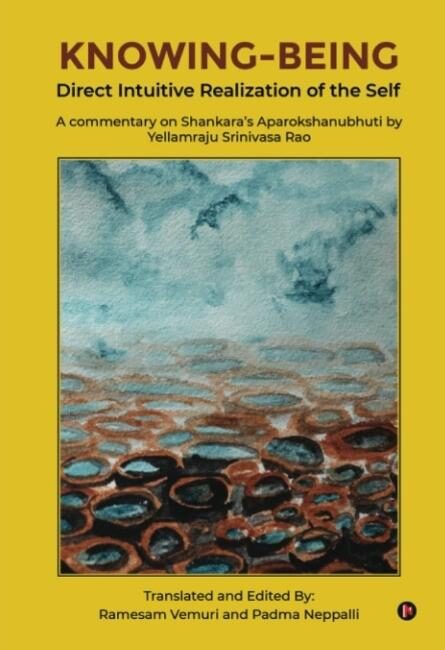 Knowing-Being: Direct Intuitive Realization of the Self

aparokShAnubhUti is a short treatise written by Shankara, the seventh century saint and foremost exponent of Advaita Vedanta, in which he provides the most Direct Path to the realization of the Self on a “here and now” basis. Through the 144 verses of this text, he explains that the means to having the direct and intuitive realization of brahman - the eternal, immutable Beingness-Knowingness, which is our very nature. He declares, up-front, the unreality of the three entities, the Individual-World-Creator, a model commonly invoked by many philosophical systems to explain the genesis of a “me,” the person, and the world that I live in.

Srinivasa Rao gave an elaborate commentary on aparokShAnubhUti in a series of talks, over a period of eight days. These audio commentaries have been transcribed, translated into English, edited, and organized into this book to help Non-Dual aspirants understand the intricacies of Shankara’s Direct Path.

Guruji Brahmasri Yellamraju Srinivasarao garu was born to Smt. Seetamma and Sri Sundara Rao in Markapuram, Prakasam District, Andhra Pradesh, India on 19th of July 1927, corresponding to the Indian calendar’s Prabhava, Jyeshtha Purnima – Wednesday. He had his education in Ongole, Guntur and Waltair. He took his M.A. in Telugu from Andhra University. He worked as Lecturer and Head of the dept.Telugu in several government colleges from Anantapuram to Srikakulam. He taught literature to thousands of students in colleges and taught philosophy to several interested people outside the college. He realized that teaching philosophy is his life’s mission and retired from service voluntarily in 1982 at Kadapa.