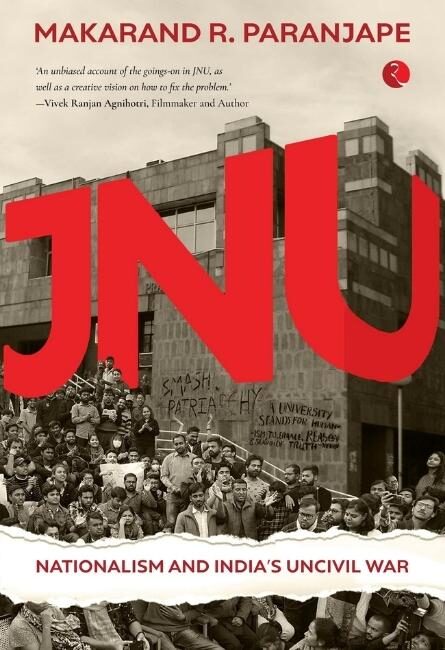 9 February 2016: Jawaharlal Nehru University (JNU) erupted with ‘anti-national’ slogans. Arrests of student leaders, the shutdown of the university, a lecture series on ‘What the Nation Needs to Know’, a student’s disappearance, another’s suicide and a number of even more disruptive protests ensued. JNU: Nationalism and India’s Uncivil War, by a long-standing JNU professor, is a ringside account of what happened. Delicately and incisively crafted, it is an empathetic insider’s account of JNU’s problems from an expert in the field of higher education. Through this book, the author makes an impassioned plea to transform rather than destroy JNU, as also reform higher education. But more than that, this book is also a history of our times, of India’s ongoing transformation, the story of the changing selfapprehension of a nation. Examining the multiple meanings of nationalism in our time, Paranjape delves deeply into what it means to be an Indian today. He gives his perception and understanding of the new India that is fast emerging as India enters its 75th year of Independence.

During JNU’s ‘tukde tukde’ phase, Makarand R. Paranjape, professor of English, was one of the few who stood up to the ‘anti-national’ lobby. Formerly director, Indian Institute of Advanced Study, Shimla, Makarand was educated at St Stephen’s College, University of Delhi, and the University of Illinois at Urbana-Champaign, where he got his master’s and PhD in English. Author/editor of over 50 books, in addition to hundreds of academic papers and articles, he is also a well-known poet and public intellectual. His latest books include Swami Vivekananda: Hinduism and India’s Road to Modernity (2020), New Perspectives in Indian Science and Civilization (2020), and The Death & Afterlife of Mahatma Gandhi (2015). Makarand has been professor of English in JNU since 1999. –This text refers to an out of print or unavailable edition of this title.