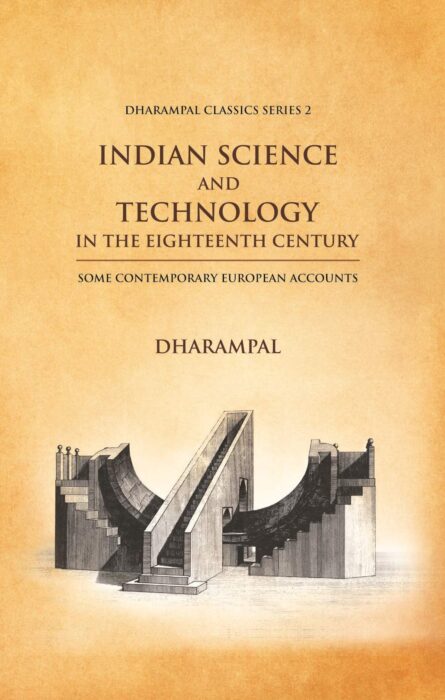 Indian Science and Technology by Dharampal

Did you know that the art of plastic surgery was first tried out and perfected in India? That in the eighteenth century, samples of Indian steel manufactured by Indian ironsmith and imported into England were found to be superior in quality to steel from Sheffield? That small-pox inoculation was practised in certain regions of the country much before Edward Jenner introduced vaccination? That India used the drill plough centuries before it was introduced into Europe?

Dharampal's Indian Science and Technology in the Eighteenth Century is the first real modern classic to bring to light the science and technology traditions prevailing in India prior to the arrival of her destructive colonisers. The Book is based on fascinating accounts of various technical processes and practices written by Englishmen and other Europeans in the period when they came to India to learn and before they opted to rule. Besides plastic surgery and inoculation techniques, the book also has accounts on the manufacture of ice and paper; irrigation and agriculture; and some aspects of science including algebra, geometry and astronomy, the last reflected in the establishment of impressive observatories.

The effect of ht book has been to compel historians to radically revise their opinion of the technical capabilities and scientific output of Indian society.