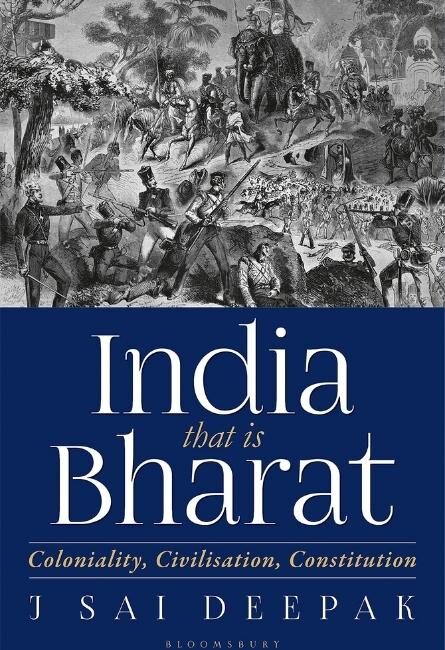 India That is Bharat

India, That Is Bharat, the first book of a comprehensive trilogy, explores the influence of European 'colonial consciousness' (or 'coloniality'), in particular its religious and racial roots, on Bharat as the successor state to the Indic civilisation and the origins of the Indian Constitution. It lays the foundation for its sequels by covering the period between the Age of Discovery, marked by Christopher Columbus' expedition in 1492, and the reshaping of Bharat through a British-made constitution-the Government of India Act of 1919. This includes international developments leading to the founding of the League of Nations by Western powers that tangibly impacted this journey. Further, this work also traces the origins of seemingly universal constructs such as 'toleration', 'secularism' and 'humanism' to Christian political theology. Their subsequent role in subverting the indigenous Indic consciousness through a secularised and universalised Reformation, that is, constitutionalism, is examined. It also puts forth the concept of Middle Eastern coloniality, which preceded its European variant and allies with it in the context of Bharat to advance their shared antipathy towards the Indic worldview. In order to liberate Bharat's distinctive indigeneity, 'decoloniality' is presented as a civilisational imperative in the spheres of nature, religion, culture, history, education, language and, crucially, in the realm of constitutionalism.

J. Sai Deepak is an engineer-turned-litigator, practising as an arguing counsel primarily before the Supreme Court of India and the High Court of Delhi. A mechanical engineer from Anna University, he graduated with a bachelor’s degree in law from IIT Kharagpur’s Law School in 2009, and has carved a niche for himself as a litigator in civil commercial and constitutional matters. Over the years, he has been part of several landmark matters, such as the ones relating to the Sabarimala Ayyappa Temple, the Sri Padmanabhaswamy Temple and Basmati Geographical Indications. In 2019, he was awarded the Young Alumni Achiever’s Award by his alma mater IIT Kharagpur. Apart from delivering lectures on constitutional issues, he is a prolific writer for leading newspapers and magazines.