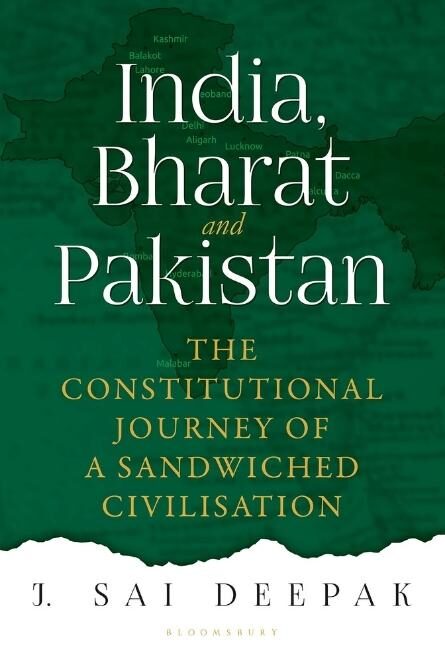 India, Bharat and Pakistan, the second book of the Bharat Trilogy, takes the discussion forward from its bestselling predecessor, India That Is Bharat. It explores the combined influence of European and Middle Eastern colonialities on Bharat as the successor state to the Indic civilisation, and on the origins of the Indian Constitution. To this end, the book traces the thought continuum of Middle Eastern coloniality from the rise of Islamic Revivalism in the 1740s following the decline of the Mughal Empire, which presaged the idea of Pakistan, until the end of the Khilafat Movement in 1924, which cemented the road to Pakistan. The book also describes the collaboration of convenience that was forged between the proponents of Middle Eastern coloniality and the British colonial establishment to the detriment of the Indic civilisation. One of the objectives of this book is to help the reader draw parallels between the challenges faced by the Indic civilisation in the tumultuous period from 1740 to 1924, and the present day. Its larger goal remains the same as that of the first, which is to enthuse Bharatiyas to undertake a critical decolonial study of Bharat’s history, especially in the context of the Constitution, so that the religiosity towards the document is moderated by a sense of proportion, perspective and purpose

J. SAI DEEPAK is an engineer-turned-litigator, practising as an arguing counsel primarily before the Supreme Court of India and the High Court of Delhi. A mechanical engineer from Anna University, Sai graduated with a bachelor’s degree in law from IIT Kharagpur’s Law School in 2009, and has carved a niche for himself as a litigator in civil commercial and constitutional matters. He has been part of several landmark cases, such as those related to the Sabarimala Ayyappa Temple, the Sri Padmanabhaswamy Temple and the Basmati Geographical Indications. In 2019, Sai was presented the Young Alumni Achiever’s Award by his alma mater IIT Kharagpur. Apart from delivering lectures on constitutional issues, he writes prolifically for leading newspapers and magazines. He is the author of the bestselling first book of the Bharat Trilogy, India That Is Bharat: Coloniality, Civilisation, Constitution