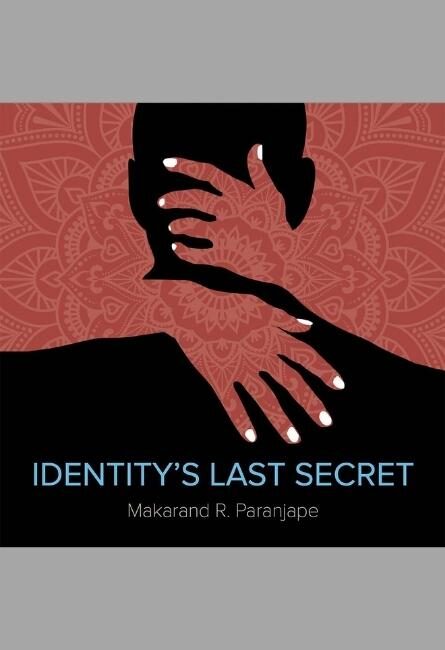 In this unique fusion of poetry, painting, and philosophy, mantra, yantra, and tantra, Makarand R. Paranjape attempts “bridging the human and the divine.” A compelling read.
—Abhay K., poet, translator, and India’s ambassador to Madagascar

Identity’s Last Secret offers its confluent wisdom to every reader. As we traverse varied windows of consciousness in time and circumstance, we will find our deepest impulses reflected in the layered unfolding of this book.
—Vandana Kohli, author, and filmmaker

Identity’s Last Secret is a book where well-sculpted words combine with sensuality and spirituality to create art – it is visual poetry that is simple yet elegant. It gives an anubhava that is so deep that it gets embodied in our DNA and opens the third eye – it goes beyond realms of the conscious mind and a new knowing is realised. The work needs applause for the clarity of description at each milestone and the rawness with which every emotion – be it betrayal, anger, avarice, or sexuality – has been depicted.

This book cannot be read simply as a compilation of immaculate theories which leads one to perfect conclusions. It goes beyond literary theory, known myths and metaphysics. It bridges the human and the divine and the author finds his true self by accepting all aspects of existence and exploring all that he has lived and experienced. It tells us about the uncertainty of living a life while keeping the central theme as love. It shows us that, unlike powerplay, love is the only emotion where submission does not involve humiliation.

Makarand R. Paranjape is an Indian poet and professor at the Jawaharlal Nehru University (JNU) in New Delhi, India.

Makarand Paranjape was born in 1960 in Ahmedabad, Gujarat. He was educated at the Bishop Cotton Boys’ School, Bangalore, followed by B.A. (Hons.) in English from St. Stephen’s College, University of Delhi in 1980. Thereafter he joined the University of Illinois at Urbana–Champaign, from where he first did M.A. in English in 1983, and subsequently his Ph.D in English in 1985 on the topic “Mysticism in Indian English Poetry”.

Makarand Paranjape has been teaching undergraduate/postgraduate students for almost 30 years. His teaching career has spanned the better part of the globe. A large part of this has been spent in USA and India, where he has lived and worked. He started his career in 1980, as Teaching Assistant at the University of Illinois at Urbana-Champaign. He returned to India in 1986, joined the University of Hyderabad, first as Lecturer and then Reader. In 1994 he joined the Dept. of Humanities & Social Sciences, IIT Delhi as an Associate Professor. Since 1999, he has been a Professor of English at Jawaharlal Nehru University, New Delhi, Centre for English Studies. He has published over 120 Academic Papers in various refereed journals and edited books within the country and internationally. In addition, he is the author of several poems and short stories, over 200 essays, book reviews, and occasional pieces in academic and popular periodicals in India and abroad.

He was a columnist in Sunday Observer, Business Standard, The Pioneer, and Life Positive. He is chairperson of the Centre for English Studies, JNU, and is a member of the Board of Studies, the Academic Council of JNU, and the Vision Committee of JNU; the Coordinator for UGC Special Assistance Programme, in the Centre for English Studies, JNU from 2003 to 2008; the Principal Investigator of the Project on Indian Perspectives on Science and Spirituality, from 2006 to 2009. He is the General Editor of a series of reprints of rare and out of print Indian English titles published by the Sahitya Akademi, New Delhi. He is the founding Trustee of Samvad India Foundation, a Delhi-based non-profit, public charitable trust, and also the founding editor of Evam: Forum on Indian Representations, an international bi-annual, multi-disciplinary journal on India. He was the chairperson for the Europe and South Asia region of Pan-Commonwealth panel of judges for the 2008 and 2009 Commonwealth Writers’ Prize; he also served as the Indian host judge for the 2010 Prize awarded in New Delhi.