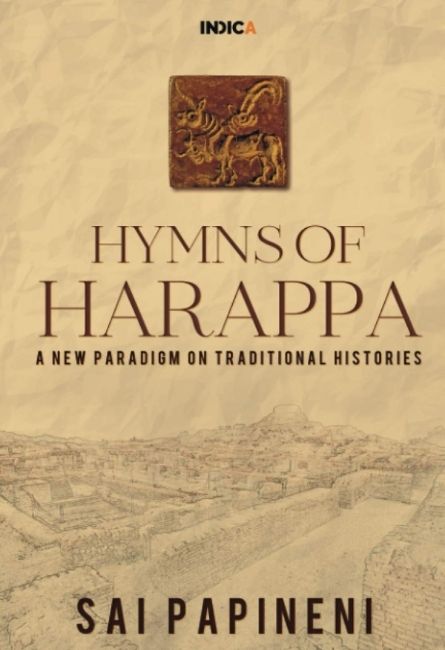 The composition of ancestral Indians had always been a puzzle to the academicians. At the heart of the puzzle is the Harappan Civilization. Opinions are divided into two diametrically opposed camps. A large corpus of books and papers – both academic and otherwise – has been produced to support each camp and more so to reject the other side. Both sides have substantial research to back them and the both are also built on some uncertain premises. The passions are strong preventing any accommodations to a middle ground.

In 1921 curiously the same year when an expedition team of archaeologists had reached Harappa, a judge in Calcutta had published a book on the ancient liturgical texts called Puranas, and called it Ancient Indian Historical Tradition (Oxford-1921). The problem had its solution. It has been looming in the corridors of academia like a thousand pound gorilla, but most chose to ignore it.  For a hundred years, there had not been a single acceptable chronological narrative for the history of the world’s largest civilization of antiquity. Perhaps, now is the time.

A new paradigm on traditional histories

The book Hymns of Harappa is a new approach that takes into consideration hitherto ignored information from the Puranas and multiple relevant disciplines to arrive at a historical narrative and an acceptable chronology for the proto-historical civilization. The work has the potential to be a stimulus to further deeper and specific research in history and such related fields like archaeology, historical linguistics, archaeo-genetics, epigraphy etc.

Sai Papineni is a resident of Bangalore and a senior marketing professional in beverage-alcohol industry until he had decided to pursue his passion for ancient history. He is a bilingual author with published works in Telugu and English.