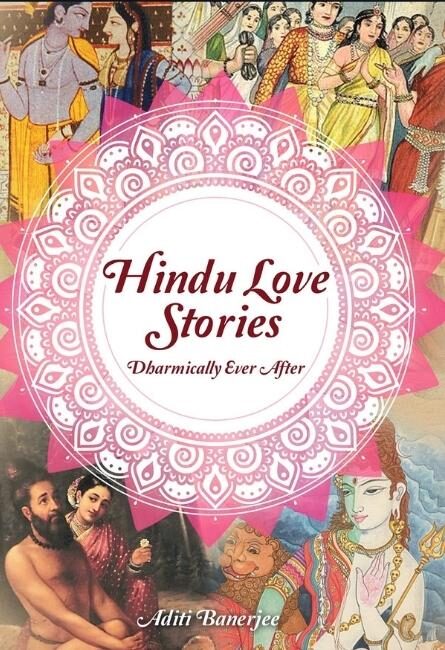 Not your typical romance!

What is the meaning and purpose of love?

We think of love stories as those that end in happily-ever-after. But thousands of years ago, in ancient India, love was understood in a different way -- as one of the four aims of life, as a means for spiritual growth, as a celebration of the play of the Divine. As something profound, beautiful, and sometimes elusive.

The sacred texts of Hinduism are populated with astonishing stories of love between gods and goddesses, between mortals and celestial beings, between sages and saints and ordinary humans. Not just ancient lore, these iconic stories have come to define one of the oldest continuous living civilizations and cultures in the world.

This book takes more than 25 stories from the Itithaasa and Puranas, the epic literature of ancient India, as well as stories from history that exemplify the many different aspects and dimensions of love. These stories were transmitted over thousands of years until they became part of the memory of a people. These stories teach us how to find love, how to rise through love, and how to become better through love.

Here you will find --

Aditi Banerjee’s first novel, The Curse of Gandhari, a successful bestseller, was published by Bloomsbury India in September 2019. Her second novel on Shiva and Sati has been slated for publication in 2022 also by Bloomsbury India.

She is a prolific writer and speaker about Hinduism and the Hindu-American experience. She co-edited the book, Invading the Sacred: An Analysis of Hinduism Studies in America, in collaboration with Rajiv Malhotra, and has authored several essays in publications such as The Columbia Documentary History of Religion in America since 1945 and Buddhists, Hindus, and Sikhs in America: A Short History (Religion in American Life) (Oxford University Press). Her articles have also been published in Outlook India and many other publications.

In her free time, she enjoys wandering the Himalayas, cooking with the latest kitchen gadgets, hunting for that perfect cup of coffee, and reading about history and world literature.