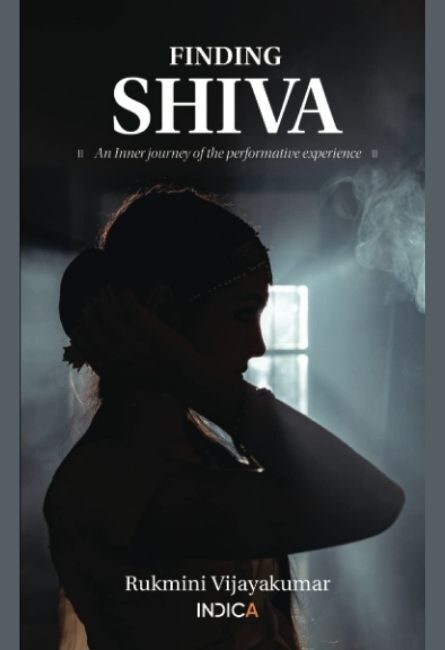 “After high school, I was not sure about whether I should pursue dance or a technical subject. Awaiting clarity, I spent many months considering my options.

While I was in the midst of this confusion, someone asked me, “What brings you closer to yourself?” I didn’t respond immediately, but in my mind the answer was clear. “Dance brings me closer to myself,” I thought. It was such an odd question, yet strangely it influenced a life decision. How can one be closer to or farther from oneself?

I knew that dance would begin to reveal something to me at some point in time, but I wasn’t sure of what this thing would be. The act of dancing holds something within it that I wanted to discover. What if I could imbibe my life with the clarity of thought, precision, control and simultaneous surrender that I am able to wield as a performer? Wouldn’t life change inexplicably for the better?

The applause bursts like rain clattering
From a cloud too heavy to hold,
My elation bathes me as sweat trickles
Down my forehead a moment before
It stings my eye to remind me to see,
They applaud the dance, not me.
If I were to fall prey, my dance entwined
With only moments of applause to remind
Of my days of yore. No never not.
Dance is me and yet not at all...”

“…Rukmini has burning eyes that repeatedly catch the observer’s breath; and she makes those eyes part of the fabric of the dance… she is not just engaging but also authoritative.”

Rukmini Vijayakumar is the artistic director of Raadha Kalpa Dance Company and the director of Lshva, a creative space for artists in the heart of Bangalore. She is the founder of The Raadha Kalpa Method, an education system for bharatanatyam dancers that is based on the idea of neutrality. Rukmini’s approach to bharatanatyam is dedicated, rigorous and layered.

She studied bharatanatyam under Guru Padmini Rao, Guru Sundari Santhanam and Guru Narmada. Her style is greatly influenced by the karanas (dance movements from the Natyashastra), which were revived by Dr Padma Subrahmanyam. As a graduate of The Boston Conservatory, Rukmini’s process of creation is both contemporary and traditional.

She was a recipient of the Jiri Kylian Grant for Choreography in 2018. Her productions Nayani, Prabhavati, AbhimatA, Talattu and The Dark Lord have toured India and the world extensively. Her more recent works – Turiya, MALA, The Muse and Unrequited – were created within the contemporary idiom, and have been appreciated for their creative approach towards the existing bharatanatyam vocabulary.

Rukmini has also been recognised for her acting roles in a number of Indian films and theatre performances.

Rukmini was awarded the title of ‘Arsha Kala Bhushanam’ by Swami Dayananda Saraswati, whose teachings of Vedanta she diligently studies.