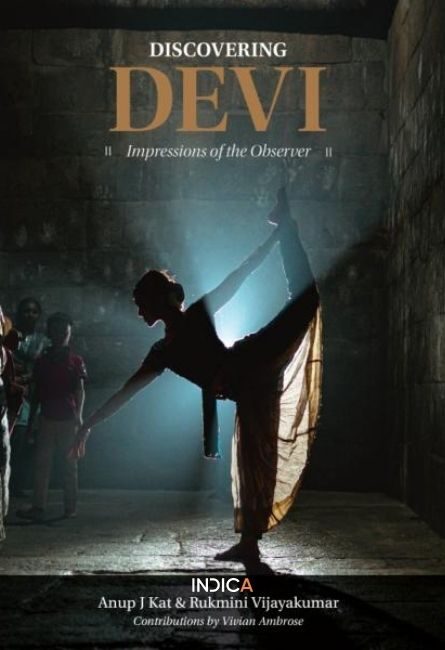 “What if I could imbibe my life with the clarity of thought, precision, control and simultaneous surrender that I am able to wield as a performer? Wouldn’t life change inexplicably for the better?

I refrain from saying ‘experiencer of dance’, as the one dancing and the audience both experience the dance, therefore this phrase does not distinguish one from the other.”

Anup J Kat is an eminent cinematographer and photographer, and the founder of 1st December Films Production House. In 2006, he began shooting professionally as a wedding photographer and in 2012 his first TV advertisement for Nike went on to be one of the most awarded ad films in Asia by winning nine Cannes Awards and 56 international awards (including a Clio Award). Since then, he has worked with many other celebrated domestic and international brands such as: Levi’s, Star Sports, Boost, Unilever, Maruti, KFC and Fastrack. Anup learned the fundamentals of photography by observing his father make TV serials and run a production house that was situated behind their family home. Additionally, he is a leading Indian underwater photographer with extensive experience as a diving master. In 2021, he began working on his first feature film.
—
Rukmini Vijayakumar is the artistic director of Raadha Kalpa Dance Company and the director of Lshva, a creative space for artists in the heart of Bangalore. She is the founder of The Raadha Kalpa Method, an education system for bharatanatyam dancers that is based on the idea of neutrality. She studied bharatanatyam under Guru Padmini Rao, Guru Sundari Santhanam and Guru Narmada. As a graduate of The Boston Conservatory, Rukmini’s process of creation is both contemporary and traditional.
She was a recipient of the Jiri Kylian Grant for Choreography in 2018. Her productions Nayani, Prabhavati, AbhimatA, Talattu and The Dark Lord have toured India and the world extensively. Her more recent works – Turiya, MALA, The Muse and Unrequited – were created within the contemporary idiom, and have been appreciated for their creative approach towards the existing bharatanatyam vocabulary. Rukmini was awarded the title of ‘Arsha Kala Bhushanam’ by Swami Dayananda Saraswati.