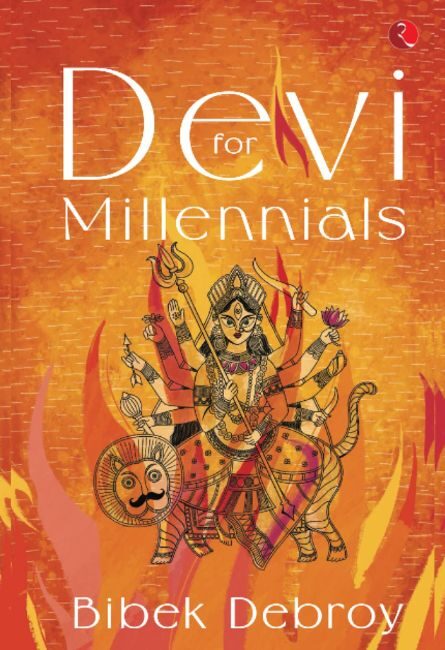 ‘Devi’s constant presence motivated the book. She is the one who made me write it. She is the one who will make you read it or ignore it. Ya Devi sarvagrantheshu. Nothing more remains to be said.’
Who is Devi? What are her mantras? What are her stories? What are her rituals? The roots of Devi worship are deeply embedded in Indian society. Archaeological excavations, going back a few thousand years, show traces of Devi worship. Devi’s stories feature in the Puranas and Devi Gita (part of Devi Bhagavata Purana), which is a beautiful amalgamation of Vedanta and tantra.
Directed at young readers, Devi for Millennials demystifies Devi’s mantras, tantra, yantras and worship, often perceived to be esoteric. It narrates the stories of Devi and describes in a simple manner the Shakti Peethas and their significance. It also includes translations of verses both familiar and obscure across a wide spectrum of texts, one of them being the Devi Gita.
Remaining close and faithful to original Sanskrit texts and without any distortion or interpretation, it is a primer, an introduction to worshipping Devi, who is always with us.

Bibek Debroy has an interest in Indology. He is known for his unabridged translations of Itihasa- Purana texts from Sanskrit to English—the Bhagavad Gita, the Mahabharata, the Hari Vamsha, the Valmiki Ramayana, the Bhagavata Purana, the Markandeya Purana, the Brahma Purana and the Vishnu Purana. Translations of the Shiva Purana and the Brahmanda Purana are awaiting publication. The word count of translations already completed amounts to 5 million and in 2019, he featured in the Limca Book of Records as a ‘most prolific translator’. He has been conferred with the Padmashri and the title of ‘Vachaspati’. Other than translations, he is the author of the much-acclaimed The Bhagavad Gita for Millennials and has edited, along with Anuradha Goyal, the book Navaratri,When Devi Comes Home. Both of these were published by Rupa. These two interests, millennials and Devi, converge in the present book.