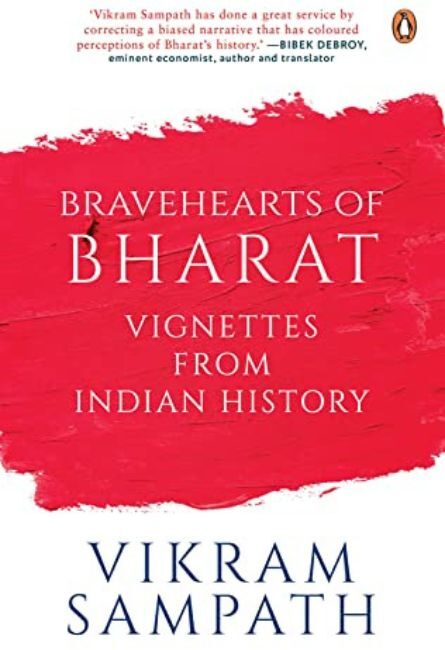 Fifteen Brave Men and Women of Bharat who Never Succumbed to the Challenges of Invaders But were Lost and Forgotten in the Annals of History. These are the stories of those Bravehearts who Fought to Protect their Rights, Faith and Freedom.

History has always been the handmaiden of the victor. 'Until the lions have their own storytellers,' said Chinua Achebe, 'the history of the hunt will always glorify the hunter!' Exploring the lives, times and works of the fifteen long-forgotten and mostly neglected unsung heroes and heroines of our past, this book brings to light the contribution of the warriors who not only donned armour and burst forth into the battlefield but also kept the flame of hope alive under adverse circumstances.

Narrating the tales of valour and success that India, as a nation and civilization, has borne witness to in its long and tumultuous past, the book opens a window to the stories of select men and women who valiantly fought against invaders for their rights, faith and freedom.

Rajarshi Bhagyachandra Jai Singh of Manipur, Lalitaditya Muktapida of Kashmir, Chand Bibi of Ahmednagar, Lachit Barphukan of Assam, Begum Hazrat Mahal of Awadh, Rani Abbakka Chowta of Ullal, Martanda Varma of Travancore, Rani Rudrama Devi of Warangal, Rani Naiki Devi of Gujarat and Banda Singh Bahadur are some of the 'bravehearts' who fought to uphold the tradition and culture of their land.

Pacy and unputdownable, Bravehearts of Bharat chronicles the stories of courage, determination and victory, which largely remained untold and therefore unknown for a long time.

Aristotle’s words – “The artistic representation of history is a more scientific and serious pursuit than the exact writing of history. For the art of letters goes to the heart of things, whereas the factual report merely collocates details” – form the guiding light for Vikram Sampath. Vikram’s books belong to the narrative non-fiction category and deal with historical themes. But they have as their credo the above mentioned philosophy in documenting and presenting history. It is by going into “the heart of things” that one experiences history as something which happened to people like ourselves, and that, in turn, reveals the relevance of that history for us today.

The city of Bangalore where he was born is definitely the first love of Vikram Sampath! Vikram completed his schooling in Bangalore at the Sri Aurobindo Memorial School and Bishop Cotton Boys’ School. He thereafter moved to the fascinating town of Pilani to obtain a Bachelors in Engineering in Electronics and a Masters in Mathematics from one of India’s most reputed schools – BITS-Pilani. He then went on to obtain an MBA in Finance from S P Jain Institute of Management and Research, Mumbai. Vikram has worked in many leading multinational firms like GE Money and Citibank and currently works as a Team Leader in a leading software company in Bangalore.

Vikram’s first book, ‘Splendours of Royal Mysore: the Untold Story of the Wodeyars’ has been widely acclaimed across India. The book traces the 600 year long history of Mysore, its royal family and culture. It has been termed as one of the most definitive accounts on the Mysore royal family in recent times. The book was nominated for the Crossword Vodafone Award among the best non-fiction titles of 2008. Vikram was also awarded the prestigious ‘Global 30 under 30 Award’ by the BITS Alumni Association and BITS-Pilani for excellence in the field of literature.

Vikram is a man of varied interests. He publishes regularly in leading dailies and magazines including The Hindu, Deccan Herald and Bangalore Mirror. While at BITS-Pilani his paper on “Developing an efficient feedback mechanism for an effective instructional process” was selected as the only student paper for presentation at the First Symposium on Teaching and Learning in Higher Education, National University of Singapore, Singapore.

Vikram has been awarded the prestigious visiting Fellowship for the year 2010-11 at the Institute for Advanced Study (Wissenschaftskolleg) in Berlin, Germany.

Vikram’s other interests include music and he is a serious student of Carnatic classical music and has been training under various eminent practitioners of the art form. In his student days, he was actively involved in the activities of SPIC MACAY. Subjects related to history, art, music and culture are close to his heart.

Details about Vikram and his books are available on his website www.vikramsampath.com