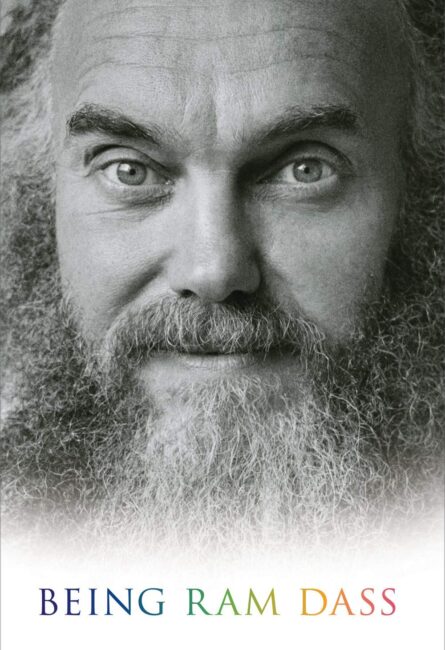 Perhaps no other teacher has sparked the fires of as many spiritual seekers in the West as Ram Dass. If you've ever embraced the phrase "be here now," practiced meditation or yoga, tried psychedelics, or supported anyone in a hospice, prison, or homeless center―then the story of Ram Dass is also part of your story.

From his birth in 1931 to his luminous later years, Ram Dass saw his life as just one incarnation of many. This memoir puts us in the passenger seat with the one time Harvard psychologist and lifelong risk-taker Richard Alpert, who loved to take friends on wild rides on his Harley and test nearly every boundary―inner or outer―that came his way.

Here, Ram Dass shares his life's odyssey in intimate detail: how he struggled with issues of self-identity and sexuality in his youth, pioneered psychedelic research, and opened the doorways to Eastern spiritual practices. In 1967 he trekked to India and met his guru, Neem Karoli Baba. He returned as a yogi and psychologist whose perspective changed millions.

Populated by a cast of luminaries ranging from Timothy Leary to Elisabeth Kübler-Ross, Allen Ginsberg to Sharon Salzberg, Aldous Huxley to Alan Watts―this intimate memoir chronicles Ram Dass's experience of the cultural and spiritual transformations that resonate with us to this day, a journey from the mind to the heart, from the ego to the soul.

Before, after, and along these waypoints, readers will encounter many other adventures and revelations―each ringing with the potential to awaken the universal, loving divine that links this beloved teacher to all of us.

Ram Dass, formerly Dr. Richard Alpert, became a multigenerational spiritual teacher and cultural icon spanning from the 1960s through his peaceful passing at his home on December 22, 2019. His zeitgeist shifting book Be Here Now sparked a watershed of Eastern spiritual traditions and practices to become accessible to a Western audience. After a life-altering stroke, Ram Dass spent the remainder of his life on Maui, continuing to write books, share teachings, and hold retreats. His many books include Walking Each Other Home, Polishing the Mirror, Be Love Now, Paths to God, Still Here, and The Only Dance There Is. Ram Dass devoted his life to service, founding the Love Serve Remember Foundation, the Hanuman Foundation, and co-founding the Seva Foundation, Lama Foundation, and the Neem Karoli Baba Ashram in Taos, New Mexico. For talks, podcasts, or more information, visit ramdass.org.