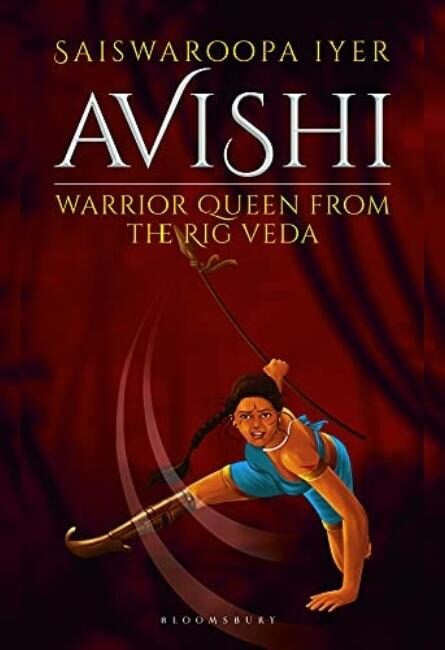 Long before the times of Draupadi and SitaImmortalised in the hymns of the Rig VedaBut forgotten to the memory of IndiaWas the warrior queen with an iron leg, Vishpala.Brought up in the pristine forest school of Naimisha, Avishi reaches the republic of Ashtagani in search of her destiny. When Khela, the oppressive king of the neighbouring Vrishabhavati, begins to overwhelm and invade Ashtagani, Avishi rises to protect her settlement but at a high cost.Separated from her love, her settlement broken, with a brutal injury needing an amputation of her leg, what can Avishi do to save herself?Will her disability let her continue to be the warrior that she was?Can she fight Khela and save everything dear to her?

Formerly an analyst with a Venture capital firm, Saiswaroopa’s interests include Startups, Economics, Carnatic Music, Philosophy, Politics, History and Literature of India. She won a state level gold medal from TTD in rendering Annamacharya Kritis. She holds an MBA from Indian Institute of Technology Kharagpur

“Abhaya allows us to delve into the world of our ancestors and Gods through the route of great storytelling and a brilliant narrative. A thoroughly enjoyable read.”

Her second novel Avishi explores the forgotten RigVedic legend of Vishpala and reimagines the Rig Vedic India in its fascinating richness. Concepts like pre marital society, Ancient medicine including prosthetics and democracy in ancient India have been explored in this novel.

She currently lives in London. Her next novella, Daughter of Mura is a sequel to Abhaya set in the Mahabharata times and explores the bitter sweet love story of Ghatotkacha and Mauri